They find these groups of people very interesting. If you know of anyone who qualifies for this study PLEASE give them this contact information: Stephanie D’Eon, Study Coordinator, (617)309-3481, Stephanie.d’eon@joslin.harvard.edu.
Posted by Richard's Rambling Review at 5:10 PM No comments:

This is the first article I have seen that uses the term "double diabetes". I am an adult with double diabetes, but many children have the problem too. I lost my extra weight and my diabetes health greatly improved. I hope it will be the same with these children.

Posted by Richard's Rambling Review at 6:44 PM No comments:

William Rounds was born in 1923, and diagnosed later that year, when he was 11 months old. He was a Joslin medalist and attended the medalist meeting in 2009. I did not attend that year, but I did attend in 2011. He was type 1 for 85 years in 2009. The link below gives an article about him. On the link page you will find the stories of 11 long term type 1 diabetics. The ADA magazine, the Diabetes Forecast, celebrated its 60'th anniversary in Oct, 2008. The magazine wanted to publish stories about people who had lived 60 years with type 1. If you scroll down the page you will find my story in the left hand column. William Rounds was on the cover of that issue.

The Joslin Medalist Study has examined more than 800 people with 50 or more years of Type 1 diabetes. The purpose of the study is to find what makes the medalists different from so many other type 1 individuals who have had diabetes related complications. The study began in 2005, and is ongoing. I participated in the study in 2009. In 2011, I attended a medalist meeting at the Joslin Medical Center. Dr King, head of the project, announced that a large group of the participants in the study have some kind of "inner protection" that has prevented them from having any serious complications with their eyes, kidneys, and nervous systems. He also said that the inner protection does not protect our hearts, and that we should do our best to have good heart health. Many medalists have had heart by-passes. I have been type 1 for 68 years, and except for some very minor nerve damage, I do not have any of these complications. My heart is also in good shape.

A new study of a subgroup of these participants is under way at the Bone Density Center of the Mass General Hospital. It has been determined that the long term diabetics examined have a protective factor preventing bone health deterioration. The following abstract shows the details of the subgroup study:

Abstract:
Individuals with type 1 diabetes (T1D) have demonstrated a 12-fold increased risk of fragility fractures over their age-matched peers. As hospitalization for fracture is highly associated with decreased quality of life, morbidity and mortality this is an important, yet little studied diabetic complication particularly amongst those with extreme duration T1D. The 50-Year Medalist Study has extensively characterized over 800 individuals with a mean age of 69 y and duration of 55 y of T1D. Early examination of self-reported rates of hip, vertebral, and wrist fractures show extraordinarily low rates (0.33%, 0%, and 1.7%, respectively) in stark contrast to the 12-fold increase expected. To further examine these findings, 55 participants received DXA scans, 29 females, 26 males with a mean ±SD HbA1c of 7.2±0.8% and 7.0±1.2%, age 62.1±6.5 y and 66.7±6.8 y, and duration of 52.9±2.7 y and 55.8±5.1 y, respectively. BMI for this age group was low with 25.0±5.2 kg/m^2 for females and 27.3±4.4 kg/m^2 for males. T-scores, indicative of risk for fracture, for female 1/3 radius (1/3R) was -1.1±1.3, lumbar spine (LS) 0.1±1.2 and for the femoral neck (FN) -1.3±0.8. For males the 1/3R, T-score was -1.1±1.3, the LS was -0.1±1.9, and at the FN -1.3±0.8, none in the osteoporotic range. Total vitamin D, D2, D3 and calcium did not correlate with T scores among female or male, except for D3 among male and the LS T-score (R=0.5, p=0.03). There was no association of T scores with HbA1c, BMI, age or duration in either gender, p>0.05. As BMIs were low in male and female, the lower than expected risk T scores are likely not due to increase weight bearing as seen in T2D patients. These pilot data demonstrate protection from fracture, and low risk in this group with long term T1DM suggestive of a protective factor preventing bone health deterioration.
Posted by Richard's Rambling Review at 7:38 PM No comments:

http://www.recallcenter.com/
Posted by Richard's Rambling Review at 10:08 AM No comments: 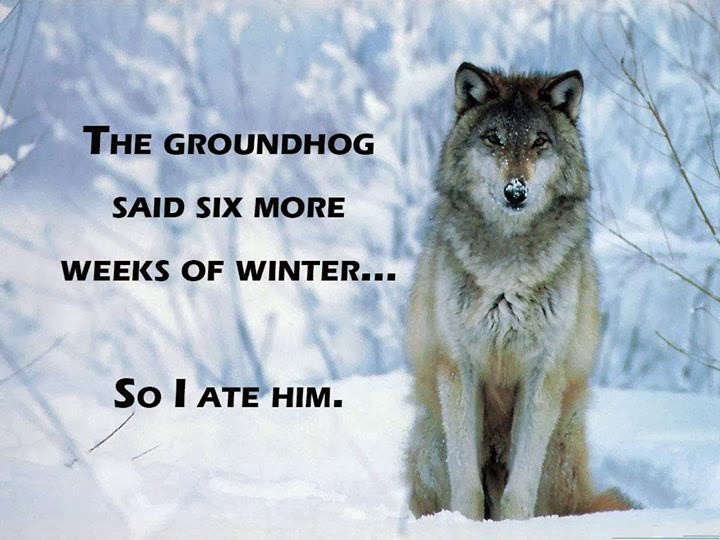 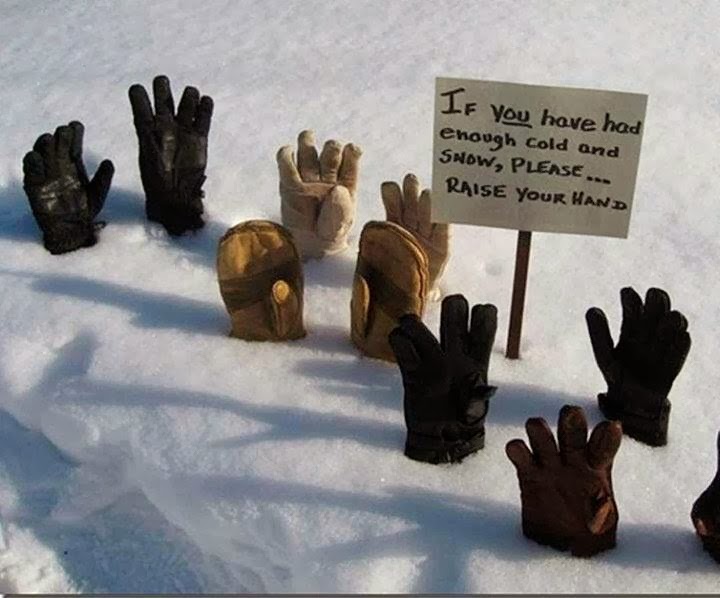 Posted by Richard's Rambling Review at 2:41 PM No comments:

Do We Eat Too Much Sugar?

How much sugar can we eat and still be healthy?

I totally avoided sugar for my first 60+ years after diagnosis. The one thing my doctors stressed during my early years was to avoid sugar. Then I joined an online diabetes support group in 2006, and things changed. Other people with diabetes were posting about eating sugar and other things I had been avoiding. So I began using candy instead of glucose tabs when I had low blood sugar. I also experimented by eating small amounts of candy or ice cream before exercising. There was not a bad spike, because of the exercise. Working out at a gym or walking at a brisk pace for an hour permitted me to have ice cream with 30 carbs without a bolus, before the exercise began. All those years I could have been enjoying these treats, but thought they would cause me terrible problems. My control is still stable, and my A1c has consistently been in the 5.5-6.4 range, so I cannot see that the extra treats are doing me any harm. I do not plan stopping my routine as long as I eat the sugar in the appropriate amounts, and at appropriate times.

Posted by Richard's Rambling Review at 3:37 PM No comments:

Dr. George L. King is the head of the Joslin Medalist Study in Boston. The study began in 2005, and is ongoing. His area of expertise involves researching the causes of, and preventions for, diabetes complications. Here is a recent article about the research. The quotes are Dr. King's own words.

"The major fears of the diabetic patient are blindness, renal failure, or hypoglycemia—all of which are complications of type one diabetes. Focus groups have shown that, if not for the complications, diabetic patients could tolerate the disease quite well." King is one of the world’s leading researchers into diabetes complications. He is Director of Research and Head of the Section on Vascular Cell Biology at Joslin, as well as a Professor of Medicine at Harvard Medical School, and he has been at both Joslin and Harvard since 1981. “My area of expertise is how insulin interacts with the blood vessels,” King says. Specifically, King is examining the effects of insulin resistance and hyperglycemia, or high blood sugar, on the molecular mechanisms that could lead to degeneration of vascular systems in the body. In 1989, Dr. King spearheaded breakthrough research postulating that activation of protein kinase C is the primary pathway in which hyperglycemia causes loss of function, and other complications, in the retina, kidney and cardiovascular systems. Following this, King showed in a series of studies using vascular cells from the retina, kidneys, and arteries specifically how hyperglycemia contributed to causing various diabetes complications.King’s research into understanding the causes of diabetes complications, so he can help to find ways of preventing them through treatments and lifestyle changes, extends far beyond the confines of a lab or a petri dish. He is working with more than 800 people in the Joslin Diabetes Medalist program —people who have been awarded medals for living with type 1 diabetes for 50, even 75 years —to uncover how they have managed to avoid many diabetic complications through the decades.“They are very interesting people,” King says about his study group. “Some of them built their own glucose meters in the 1960s and 70s, before they were widely available to the public. ”Aside from being avid do it yourselfers, King found other shared traits of those who have minimized the complications from diabetes, despite living with the condition for many years. After discounting genetic factors, King’s research so far reveals that most of the Medalists exercise regularly. They are also very careful with their diets. But, more than this, King noted another shared trait that, although fairly abstract, is very important. “They are very good advocates for themselves,” King says of his subjects. “The are always on the lookout for new treatments. They are definitely a proactive group. They’re not sitting on the sidelines waiting for something to be done for them. They’ll do it for themselves first, if they have to.” King, and other researchers, also discovered that hdl levels, the so-called “good cholesterol,” is high in Medalists without complications.“We are looking into that,” King says about the implications of the hdl levels. By examining the Medalists King hopes to uncover the specific, if not the actual molecular ways in which they are protected from complications. Is it lifestyle? Genetics? Life choices? Or, is it something else? “The hope is we look at humans who are protected, then see why they’re protected, and come up with answers about lifestyle,” King says. “Then, by looking at their tissue and biochemistry (after death) we can perhaps develop medications to simulate the biochemistry that protected them. ”On that front, King says they have discovered a way that naturally produced human insulin prevents arteriosclerosis. “Can we design an insulin to prevent arteriosclerosis?” King says. “I think this may be possible in the next five years. ”Because up to 30 percent of people with type 2 diabetes use insulin, such a breakthrough would be good news for more than just for type 1 diabetics, he points out. Meanwhile, as researchers like King work to understand the factors that protect some people from the complications caused by diabetes, and until the development, and testing of medications as a result of those findings come to market, there are things diabetics can do to help themselves avoid retinopathy, neuropathy, kidney disease and cardiovascular disease. “Don’t smoke, watch your diet, and exercise,” King advises. “Also, advocate for yourself. Be proactive. That’s the main trait of the Medalists—they stick up for themselves.”
Posted by Richard's Rambling Review at 9:12 AM No comments:

Will Medicare Pay for CGMs?

This is a petition asking President Obama to have Medicare pay for CGMs. Many people of all ages depend on Medicare for health coverage. At the present time Medicare will not cover a CGM except for emergency situations. I am not always able to tell when my blood sugar drops very low, but I may never get to use the Dexcom with the new G4 sensor. I hope there are a lot of signatures on this petition.

There is a new overview of the Joslin Medalist Program on the Sanofi's Discuss Diabetes site. It is very well written. Here is the link:

Posted by Richard's Rambling Review at 12:37 PM No comments:

Laura Kolodjeski has written an interview/article/blog about my 68 years of life with diabetes. It appears on the Sanofi US Diabetes, and the Discuss Diabetes pages on Facebook. Here is the link: